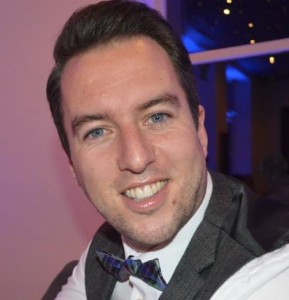 Although you may be sat in your office or even at home reading this post I am writing it from a train that has just left Chesterfield station bound for London.  On the way to the train station I’ve been pondering a few issues relating to the energy market and I thought I’d just let them spill out of my head on the journey south. I suppose this post may raise as many questions as it answers but I hope it will provide a general overview of the Solar PV industry on today, the 13 of May 2015.

Ok so where to start… we have already had a few changes this year but let me start with the ever popular Feed-in tariff. As of the 30th of June we now know that a few of the tariff bands have been reviewed and a few are subject to a small reduction of around 3%, this has become a very acceptable part of the tariff and although certain companies may use it to create a mini rush it’s hardly make or break for a solar project, in fact I think most company managers / boards of directors will understand that even the best laid out 25 year financial projection could easily have that level of unbalance. Now there is one tariff band that has taken a kicking and that is the ‘standalone’ bracket. For those who don’t know, this addresses the systems that do not feed a building (generally speaking) and more often than not relate to large ground mounted solar or ‘solar parks’. This tariff band will move from 6.64p to 4.42 (a reduction of 30%), now it doesn’t matter how you slice the cake 30% is a massive reduction. Don’t sit their feeling sorry for the large developers / investors though, they have in essence brought this on themselves by installing a massive amount of solar in Q1 of 2015, rumours of nearly 2GW, I wish I had the exact figures for you but hey I’m sat on train and my coffee has just arrived!

This pretty much puts a question mark over the ground mounted solar industry but in truth that specific sector will not get a lot of sympathy from me, as you can probably tell I’m no fan of solar in fields because my sole belief has always been that it doesn’t take any electricity to make a field function however buildings are a different story. I’m sure there will be many who say how the UK can be expected to meet its 2020 carbon targets without solar parks but then again I’d ask those people to account for all the commercial roof space over the UK. I’m pretty sure that if even 25% of roofs in the UK had solar that we would smash the 2020 targets. Anyway I digress slightly, the question I want to raise is – will the big developers now jump up and down all over the commercial sector, renting roof spaces and offering cut throat deals and trigger another hyper digression in the 50-250kw tariffs? Food for thought I’m sure.

Moving to my next point I’ll stick with the commercial sector, before the election the wheels had been put into place by DECC to put a rocket under the commercial solar sector, this was done by introducing two new rules. These are as follows;  Planning permission / permitted development (roof mounted) – as many of you will know previously systems under 50kw fell under permitted development however anything larger than this required planning permission. This has now changed drastically with the upper limit for permitted development moving to 1MW, that’s right 1MW! I know what you’re thinking how large a roof do you need for that?? Don’t worry just think of it like a couple of football fields.  The second may sound like a small point but in truth it’s bigger than the first. Legislation has been passed that will allow companies to move their solar in the future to another building and still keep the same fit contract they signed up for. For someone who has sat in from of countless boards and fielded this question, this comes as a massive relief. The feed in tariff will not be around for ever and people who had plans of expansion or even moving towns or cities this always posed one question. If I had to sell my building with solar and a tariff attached, how could we value it? If someone wants to respond to this post with an actual formula and proven building value increase then please be my guest. Thankfully now it gives the freedom to the system owner / investor to pick that system up and move on. Happy days.

Now thirdly ESOS. If you are not heavily involved with the energy sector then more than likely that will mean absolutely nothing to you, and I’m not surprised! In a nutshell companies who turn over more than £39M or employ more than 250 staff are going to be legally obliged to conduct an energy audit of their business and the first one is due in December this year. That’s right you are reading that correctly, December 2015. Custom Solar represent many clients in the manufacturing and care sector and as such bump into many clients that will be affected. Any high value manufacturing business can hit that number quicker than you realise and any care facility or groups with a total of 200 beds or more will hit the staff trigger. Now I’m not going to write out my entire recollection of the document but I will post it here for you to read, it is definitely worth a look to see what is creeping up on us all. Affected businesses will find the parts around fines particularly interesting.  www.esosstuff.com

Whether or not you are directly affected is interesting but should not be the driving factor behind your business becoming energy efficient. We work with many of the countries tier 1 funders (in fact the reason for my trip to London is a black tie event with one such funder) who can fund up to 100% of a solar project that can in fact result in a cash positive investment from day one. So why should only large companies have this highlighted to them? To put this another way, a company loan you money to make an investment and that investment will pay you more each year then you need to pay back the funder. Simple right? Too bloody right it’s that simple! So although the energy audit might been seen as a pain in the back side it may go on to highlight the investment opportunity and income streams that some businesses still don’t understand.  Don’t get me wrong I know some of you will be reading this thinking ‘hang on though he’s the MD of a solar company, of course he’s pushing it.’ Of course you are right, if you choose Custom Solar as a partner then yes I’ll make a few quid, but here’s the best part….. So will you!

I’ve only written this article to get a few things out of my head and hopefully onto your radar, if you were already aware of all the changes then fantastic but if some of these things come as news to you then I’m glad I could be the one to bring them to your attention.  So in summary the Solar PV commercial rooftop sector truly has had a rocket lit under it with the removal of certain barriers but it does remain fragile under a technically new government and with large investors looming. Whether you are a seasoned industry professional or a business exploring solar for the first time don’t be afraid to make contact, we’re here to help.

Be humble, be hungry and always be the hardest worker in the room.