Solar energy has a rich history behind it, with a lot of changes in recent years. Find out about how solar energy has evolved. Home / Solar Explained

Despite exploding in popularity in recent years, solar energy has a rich history behind it. Since the initial discovery of photovoltaic materials (materials that convert sunlight into electricity) in the 19th century to the mass production of solar panels in the present day, solar energy has become an increasingly viable way of powering everything we use in our everyday lives, from our phones and computers to our homes and businesses. However, how did we get here?

The first discovery relating to solar power came in 1839 when French scientist Alexandre Edmond Becquerel found that certain materials could produce electric currents after being exposed to light. This early discovery did not, however, advance research into solar energy until 1876, when Richard Evans Day discovered that selenium could produce electricity when exposed to light. Despite being extremely inefficient, this was an incredible discovery as it proved that energy could be produced without heat or moving parts, which were the standard sources of energy at the time.

The next major step came in 1953, when Daryl Chapin, Calvin Fuller and Gerald Pearson invented the silicon solar cell. This cell could produce enough energy to power small electrical devices and was heralded as a major step in creating a world entirely powered by the limitless energy of the Sun. Solar cells were first made commercially available in 1956 at $300 for a 1-watt solar cell, an extraordinarily high figure for the time. As solar cells became increasingly efficient and governments around the world began investing in ways to use them in large-scale energy and space-related projects, photovoltaic panels became viable commercial solutions to electricity production.

Today we have solar-powered houses, solar-powered cars and even solar-powered aircraft. Solar power is perhaps the most exciting and widely-available form of sustainable energy on the planet and millions of people benefit from its financial and environmental advantages every year.

We work hard to plan a solar energy project that suits the specific needs of your business. Nevertheless, our solar energy process is always made up of four core elements:

With these steps in place, our team of expert technicians will ensure that every new client is given our world-class service.

Solar PV systems work by transforming the energy in the Sun’s rays into electricity. A solar PV system consists of the numerous solar panels (arrays) on a building’s roof which contains the photovoltaic (PV) cells. These cells are made up of layers of silicon and are held in place by a waterproof, clear-topped panel. The solar panels also contain an inverter, which is responsible for turning the energy collected by the PV cells into electricity.

A Question About Solar?

From a quick call to talk about your project to full system design and installation, our solar experts are ready for a chat.

Speak to an expert today 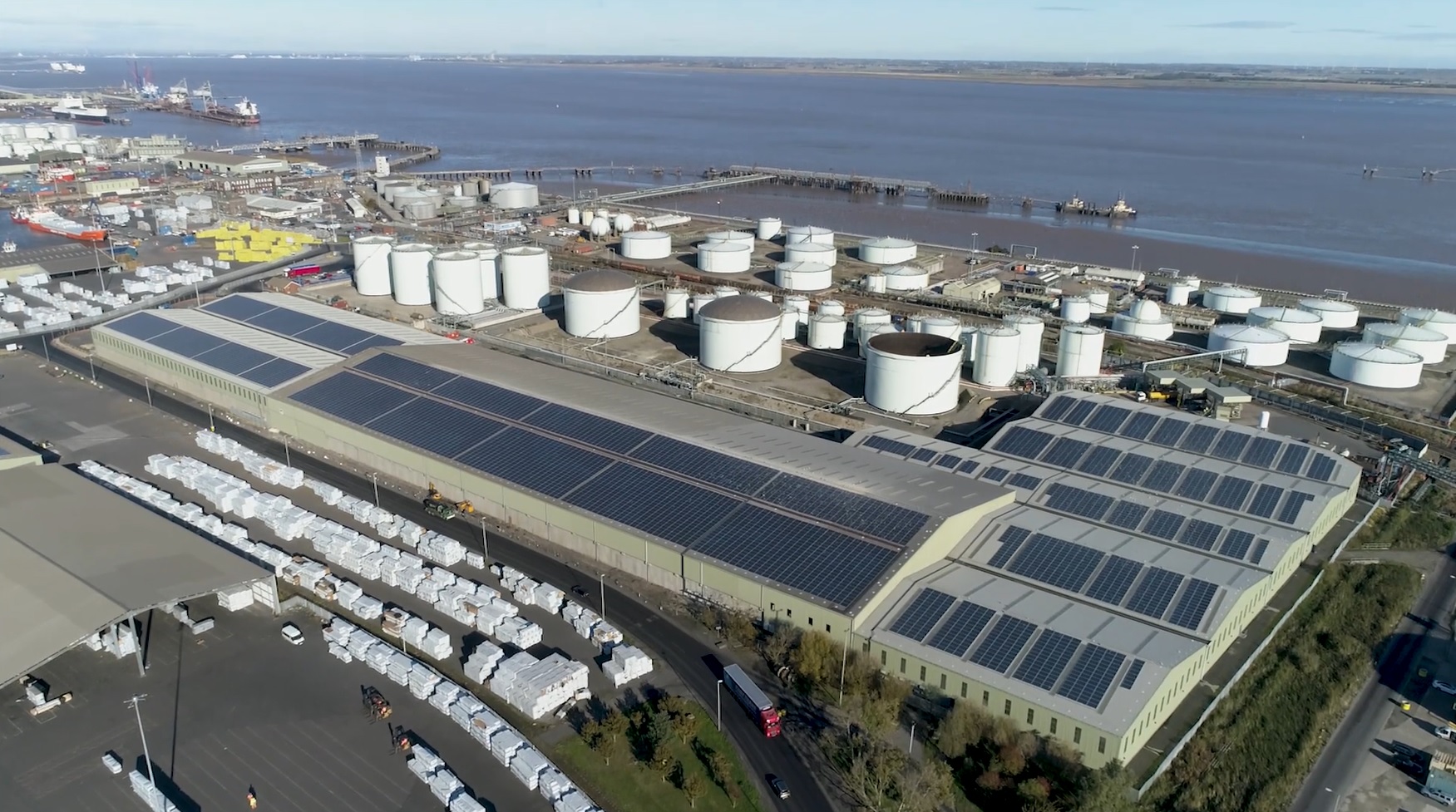